On Wednesday, the weather finally cooperated enough that we could have a look in the hives.

Since we requeened Buzzers’ Roost, we welcomed the opportunity to see if the new royal had been released from her cage. She had, so we quickly closed up and left them to get better acquainted without interference and turned to FreeBees.

Happily, we not only spotted the queen, we also saw eggs. Since we’d seen fresh larvae on both previous checks, we knew the queen was there and laying (laying very well, in fact), but it was nice to see her and to finally have enough sunlight to see the tiny eggs.

The bees have also created a few more queen cups. I’ve circled one in the picture below.

Can you find one in this photo? Hint:It’s near the middle top. 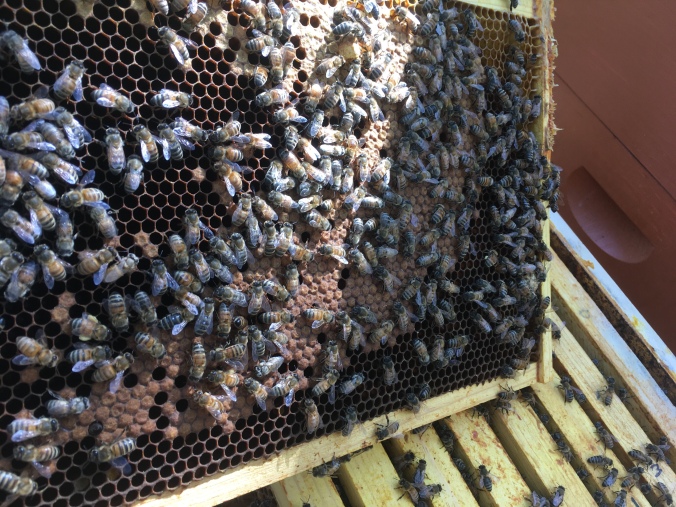 We also saw some Small Hive Beetles and larvae. Sigh.

At least there appeared to be fewer than in early spring.

I went to hear someone talk about controlling this pest, and she said worker bees will actually feed the beetles. Double sigh.

And yet, FreeBees seem to be thriving, filling up both boxes with pollen, nectar, and bees.

Our next step for them is to do a split. This will be what’s known as a “walk away split,” which leaves them to raise their own queen – a totally new experience for us, and I’ll explain more when we do it.

Meanwhile, I thought you might enjoy a look at this young bee. See how furry she is, even around her eyes? She followed me into the house and didn’t seem in any hurry to leave. In the process of getting her photo, quite by accident, I discovered how to make the photo sequence into a loop, so that follows. It’s very much like watching a bee crawl around on you. 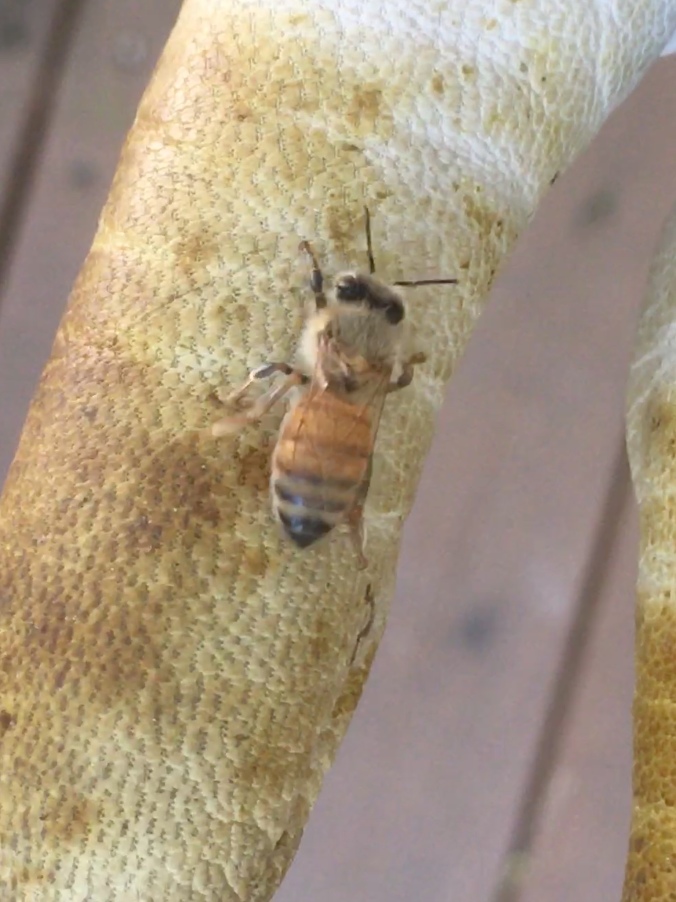 And here’s a photo of the pollen the girls are lugging in this week.

And lastly, here they are looking out as if to ask if the rain has really stopped.

Sadly, the answer was no, but I know this hive (FreeBees) consistently will have foragers out as soon as it does.